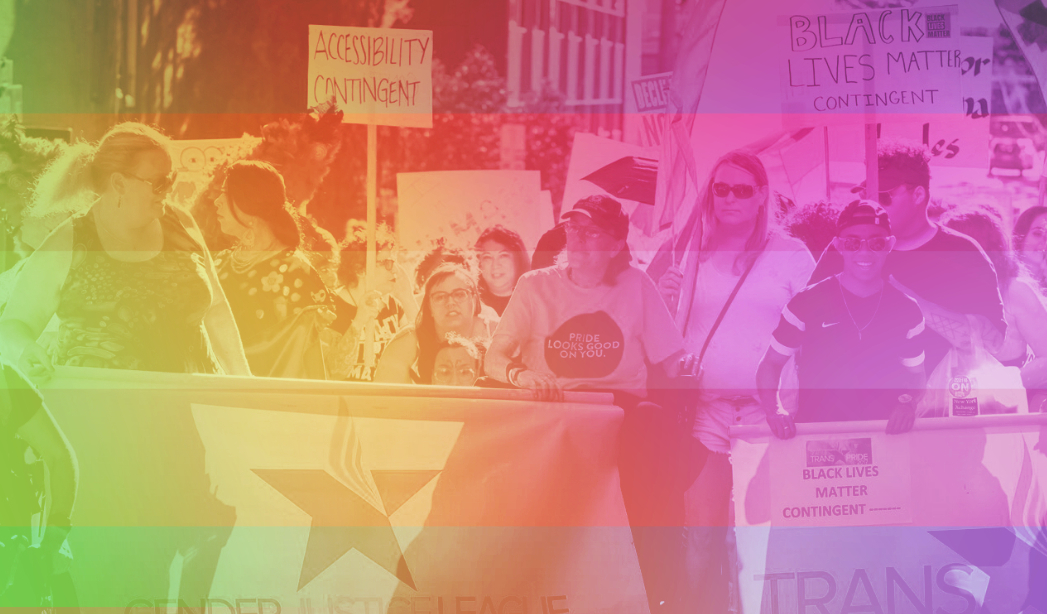 We are Gender Justice League, a 501(c)(3) non-profit in Washington state fighting for a world where all people can live their lives safely, true to themselves, and free from discrimination. Our work uplifts transgender, non-binary, and gender diverse people through direct support, advocacy, and community building. GJL has played a critical role in reshaping what gender justice looks like in the Pacific Northwest, and our core values of intersectionality, racial justice, economic justice, accessibility, inclusion, and sex positivity are the foundation of collective liberation for all.

This year has been an incredibly trying one for so many of us living on the margins of society. However, through it all, Gender Justice League has continued to stay on the front lines of resilience and resistance. Thanks to the ongoing support of donors, volunteers, and supporters, here is a little taste of what we accomplished over the past twelve months:

• Passed the Nikki Kuhnhausen Act, a bill outlawing the use of "trans panic" defense in a court of law, working with Justice 4 Nikki, the Washington State Legislature, and other community leaders

• Co-hosted a second town hall for trans women and AMAB non-binary people, bringing together community members in Thurston County to talk about real life issues and collectively organize for each other

• In collaboration with the City of Olympia, passed a resolution protecting trans and non-binary BIPOC and established a seat for our community in the city’s social justice work moving forward

• Provided more than $18,000 in cash assistance to those in need of support

Our work is still not done, at least not until we live in a world where everyone--across race, ability, class, gender, sexual orientation--is free to live their lives without shame, fear, or guilt, and where BIPOC trans and non-binary lives truly matter.

And that's where you come in. Your donation, no matter how big or small, is what makes it possible for us to keep pushing the needle of justice forward.

Passed earlier this year in response to COVID, one of the things the CARES act does is allow a $300 tax deduction donations to non-profits, even for people who don't itemize their deductions and take the standard deduction (most people take the standard deduction). If you donate between $1-300 to Gender Justice League (or another non-profit), your taxable income will be automatically reduced by the amount you give. To learn more about this tax benefit, visit this page.

Give today and join us in the fight for liberation for all!